Whether you’re looking to get ahead of the game and prevent aging or address fine lines and wrinkles, we have options for you. 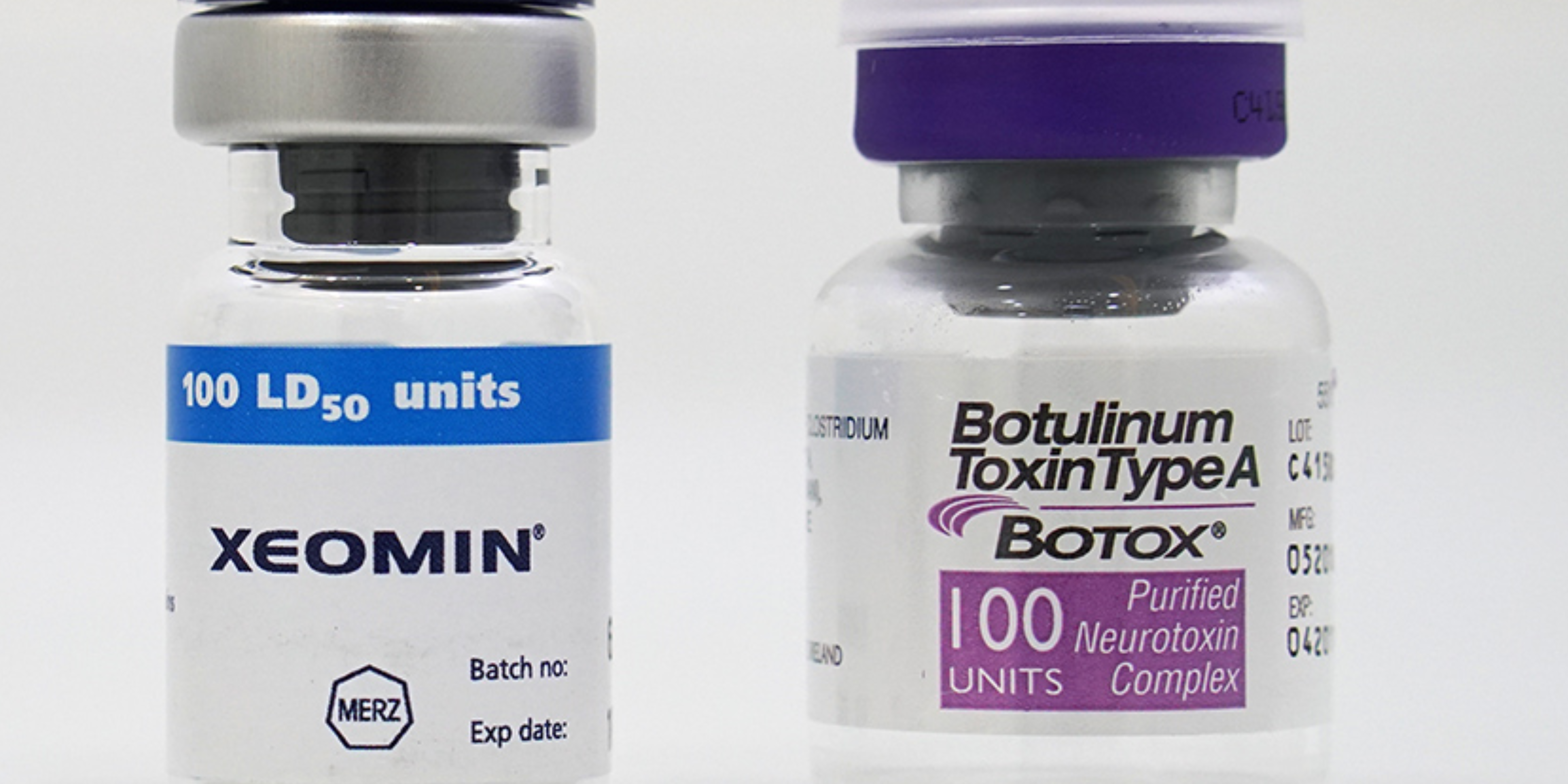 Botox vs. Xeomin. Which should I choose?

Now, it’s time to compare Botox vs. Xeomin. As we age, there’s often nothing we can do to eliminate those pesky fine lines, wrinkles, and other problem areas of our faces. But for some of us, these wrinkles come quickly and with a vengeance. So much so that more and more people are reaching out for help to keep their skin looking young and in check.

In fact, 50% of young women are concerned about wrinkles, particularly with age. Many skincare products and treatments can help. However, your dermatologist or a cosmetic surgeon may suggest Botox. Or you may have already seen the benefits of Botox and want to try it out for yourself.

The thing is, Botox is not the only long-term wrinkle treatment on the market. We’ve covered Dysport – a popular alternative to this injectable – and how it differs from Botox. But there’s a third – Xeomin – that flies under the radar. However, it’s just as effective. Xeomin is an injectable that can provide excellent results. But is it better than Botox?

All about botulinum toxin type A injectables.

There’s nothing to say about the immense success and uses of Botox. It’s a protein derived from botulinum toxin Type A. Exposure to large amounts can weaken or paralyze muscles and can even be deadly. However, injected in small, controlled doses, the protein can gently relax muscles in a particular area, significantly reducing wrinkles’ appearance.

With this knowledge, a dermatologist or plastic surgeon will inject doses of the protein in strategic parts of the face to reduce wrinkles and improve the overall appearance. Botulinum type A also has several different medical uses, which we’ve covered extensively on our blog.

Botox is simply the brand name of the first FDA-approved botulinum toxin Type A for cosmetic use. Today, it’s almost as popular as other brand names like Coke, Kleenex, or Post-its. Yet, it’s not the only one on the market. Your dermatologist may also suggest another brand, Xeomin.

Have you heard about Xeomin?

Xeomin (pronounced zeo-min) is another powerful botulinum type A drug on the market. It was FDA-approved in 2010 and explicitly targeted frown lines. Frown lines are those wrinkles and folds that form on the forehead and between the eyebrows (called glabellar lines, which can look like an ’11’) due to constant squinting or frowning. These wrinkles often extend to the eyes and are called Crow’s Feet. By injecting a set amount of Xeomin around these areas, women and men alike can enjoy smoother, wrinkle-free skin for several months.

Xeomin is also approved to treat non-cosmetic conditions like migraines and excessive sweating. Speak with a general practitioner or your dermatologist for any off-brand or non-cosmetic use.

Because of its FDA approval, dermatologists, plastic surgeons, and aestheticians alike trust Xeomin for on-label and off-label use. In addition, we’ve seen studies show that Xeomin provides similar success rates to Botox and Dysport. The company that distributes the protein, Merz Pharmaceuticals, designed Xeomin to be one of the purest forms of botulinum type A, which is why it’s sometimes called the naked injectable.

How do you use these injectables?

Using botulinum type A injectables like Xeomin and Botox happens in a non-invasive procedure completed by a dermatologist or cosmetic surgeon. The process takes just a few minutes and is often called a ‘lunchtime procedure.’

We’ll review your problem areas, medical history, and skin goals. The criteria that will make you eligible for Xeomin or Botox include:

If you’re a candidate for an injectable, you may come in for your procedure at your earliest convenience. The botulinum toxin is injected into specific areas. And that’s it. After a few days, you’ll begin to see improvements in your skin’s appearance. Then, after two weeks, you should see the full wrinkle-busting effects of Xeomin and Botox.

Where Xeomin and Botox are similar

Your dermatologist may choose one or both injectables to treat different areas of your face. You can even get a liquid facelift with injectable dermal fillers (like Restylane), which can be transformative. Both Botox and Xeomin in these forms have several benefits:

These similarities should make patients comfortable with using both to reduce the appearance of wrinkles.

Botox vs Xeomin: Where they differ

While these share many similarities, there are just as many differences, meaning these injectables are not interchangeable. Before visiting your dermatologist, these are some of the differences you should know:

Speak with your doctor if you have any concerns about one injectable over the other. A board-certified dermatologist or cosmetic surgeon can use the best possible injectable for your problem with the least number of injections.

So is Botox better than Xeomin?

Both injectables have noticeable advantages. It’s not an issue of one being better than the other. Instead, it comes down to what problem areas have the most wrinkles, your past experience with injectables, and the experience of your doctor. We’ve seen amazing results using each injectable and, in some cases, a combination of the two.

How long does Botox vs. Xeomin last?

After your procedure, you won’t see any results at first. Then you’ll start to see results after a few days. Botox should last between 3 to 4 months. After that time, you should see treatment effects begin to wear off.

Xeomin will also last roughly three months. However, some patients have seen continued results right up to 6 months. Over time, the muscles begin to respond again, and some wrinkles will reappear. However, the wrinkles won’t fully return to how they were before your first session. This is a sign you’ll need another session of Xeomin or Botox.

We often suggest follow-up appointments in advance to keep up with the regimen. After a few sessions, the toxin lasts longer. Furthermore, you’ll notice that you need fewer sessions or fewer Xeomin to get the same result.

Aftercare and side effects

Both Botox and Xeomin need special care to get the most out of the procedure. After leaving the doctor’s office, try not to touch or massage the injection areas. Touching or massaging the areas could move the botulinum toxin to another part of your face. This movement can cause unwanted side effects.

Most Botox and Xeomin patients experience no side effects in addition to the bruising and swelling. However, with any procedure, there is an associated risk. These include:

If you notice some strange side effects lasting several days, speak with your doctor immediately. Your doctor can formulate a plan to reduce the side effects. However, if you’re having trouble breathing, speaking, or vision problems, seek emergency help.

To learn more about which injectable is a better fit for your body and skin, click the link below to schedule a consult.

Subscribe to get the latest insider tips in beauty inside and out!